I have been a performer most of my life. As a six year old I walked around the house with a bulky tape recorder half my size playing characters, interviewing my sisters, and clowning around. I have been in front of a camera, behind a microphone, on stage, or backstage for much of my life. I never really thought of entertainment as a career, per say, but more of a compulsion. Making people laugh was my drug of choice. 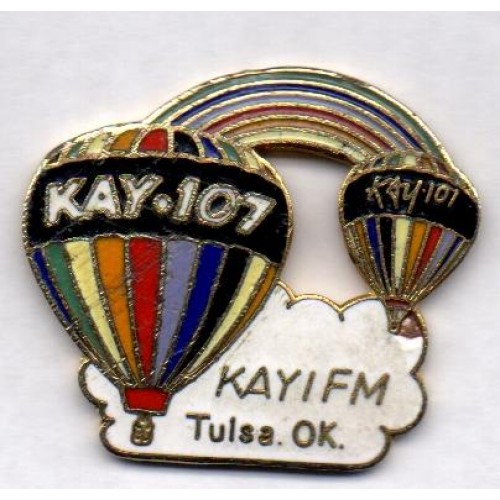 Inspired by my oldest sister Kim, who entered into radio professionally while in college at 17, I took my first radio job at 16, at KMYZ in Pryor Oklahoma in 1985. The station had moved to a newer building outside of town, but the transmitter was still located in the derelict remains of the old building. The relay that sent transmitter readings to the new building failed, so I was hired to sit in the old building and log the readings every three hours, per FCC law. I threaded a paper towel roll into an old manual typewriter and spent my time between transmitter readings writing poetry, then setting it on fire in the parking lot.

While a senior in High School, I had the opportunity to work with my sister Kim on the top 40 radio station KAYI (Kay 107) in Tulsa. She was the Info-tainment straight character in the Morning Show Zoo of Andy Barber. I called in from home to play voice characters on the show before running off to school.

After High School I spent the summer as an intern on the morning show as a voice actor, writing the morning show mail when the mailbag was empty, editing the promos for the show, and working as a board operator.

I landed my first real air shift on KSPI in Stillwater, Oklahoma during my brief college career. I was bored senseless and my attraction to radio was tarnished by my growing understanding that the freeform wild days of the FM radio of my childhood was becoming an automated Borg-like corporate nightmare. 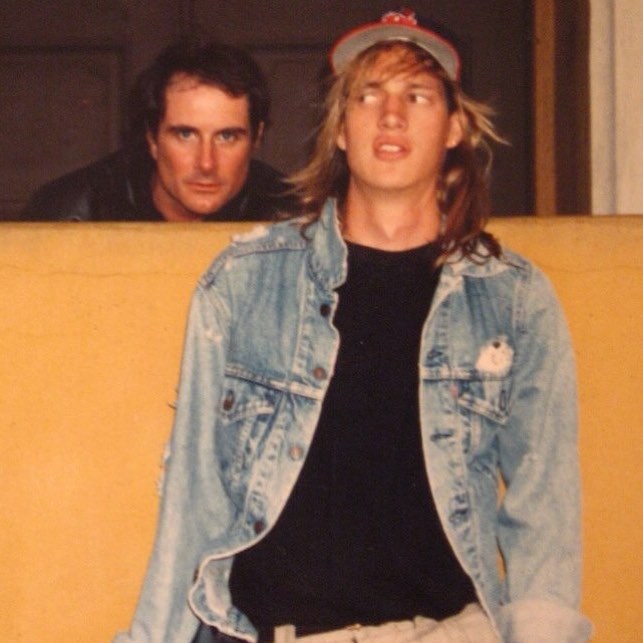 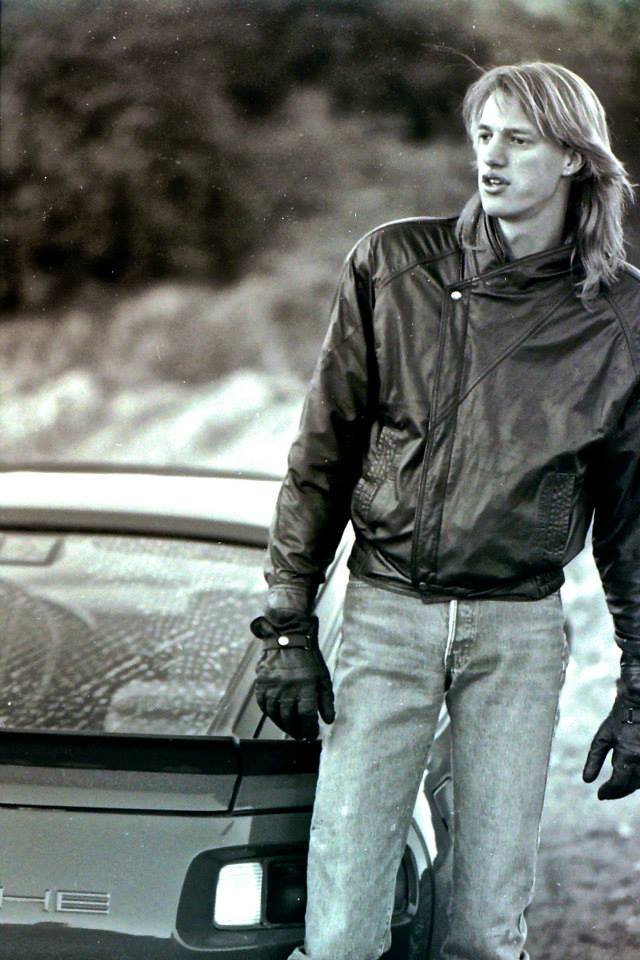 I started performing as a stand-up comedian at the age of 20 soon after arriving in Los Angeles in 1989. A year in, I was one of 13 comics out of 2000 selected as a “New Face” of the Improvisation comedy club. I started and emceed the Des Regan’s comedy night in Burbank, and I started and emceed the Comedy Night, at The Mad Hatter espresso bar, and stepped in to replace Steve Isaaics as emcee of the Mad Hatter Open Mic when he left for MTV.

I was performing somewhere in LA six nights a week for some time, often in multiple venues per night. I spent many evenings a week in the Melrose Improv, watching the pros, being visible to “The Industry”, and talking shop.

During that time it became painfully apparent that I was a scab that had crossed a line I didn’t know was there. For the second time in the history of LA comedy, there were comedians attempting to organize, to actually get paid to perform. I didn’t actually have the skills to be where I was. Joining the cause would result in being blacklisted at the club. I didn’t sign up, but I suddenly saw the man behind the curtain and soon left the scene altogether (see Saved By The Bell) 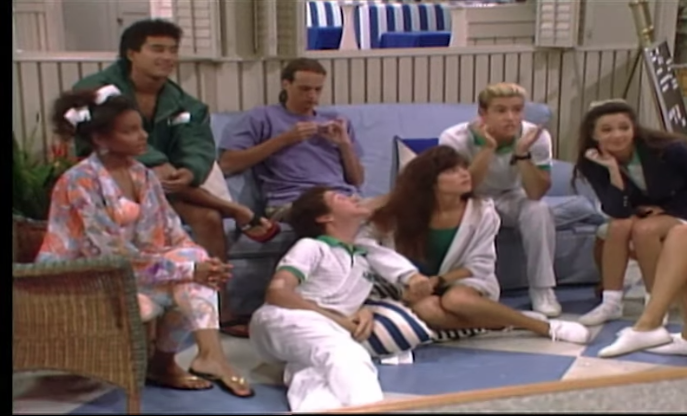 Saved By The Bell

An agent found me on the Improv stage and sent me out for a Guest Starring role in an episode of Saved By The Bell. I got the part and did a terrible job, and no one on set seemed to care. Soon after the episode aired, I had two stalkers showing up at the comedy clubs. Suddenly people that I had never met felt familiar enough with me to accost me in the grocery store and drill me for information about a TV series that I didn’t know anything about. 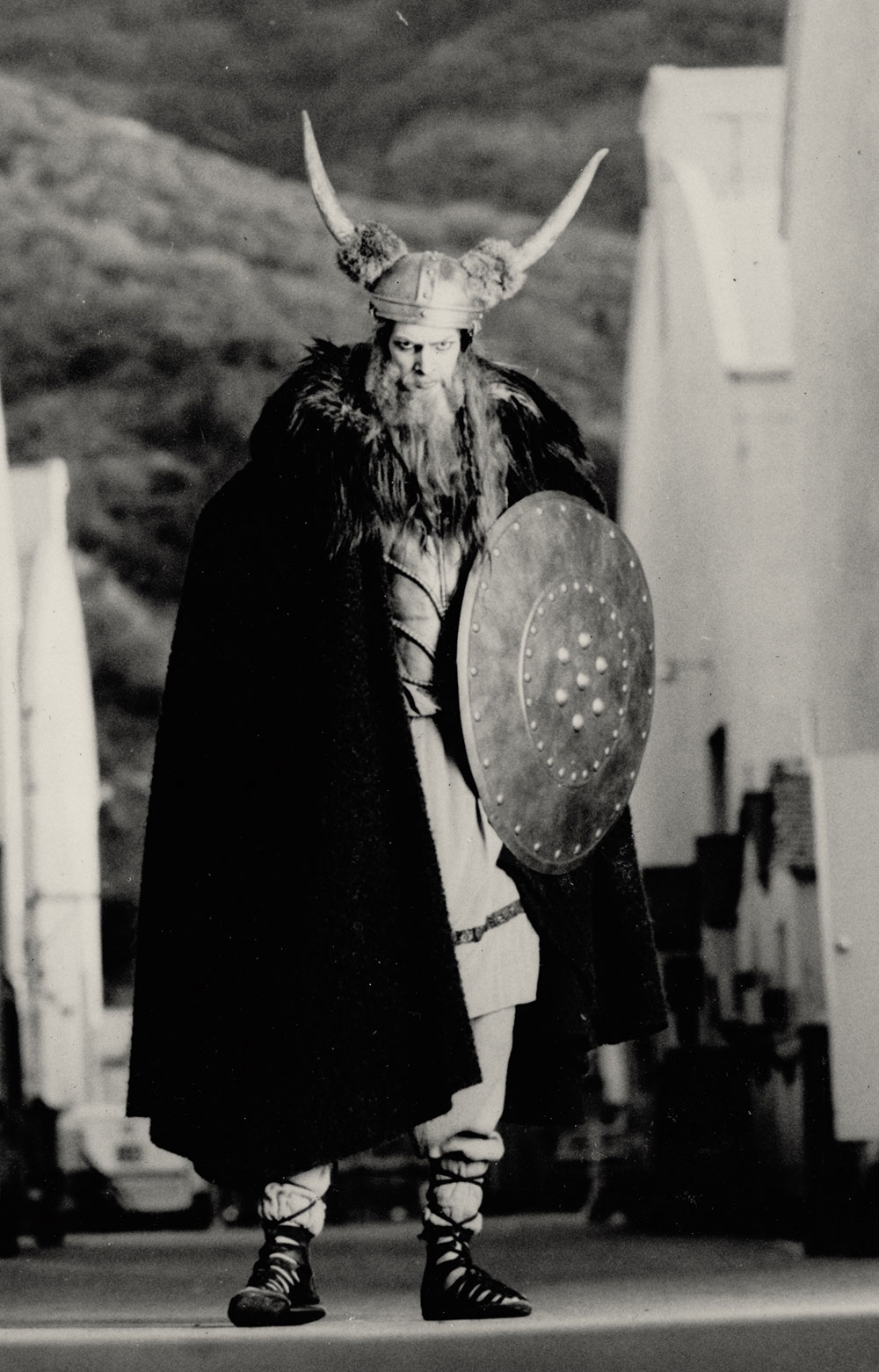 Being 6’9” I reasoned there must be work for me behind a mask. My new agent landed a job for me as the lead in three Nike commercials directed by Joe Pytka, and featuring athletes from the Barcelona Olympic Games, including Charles Barkley. 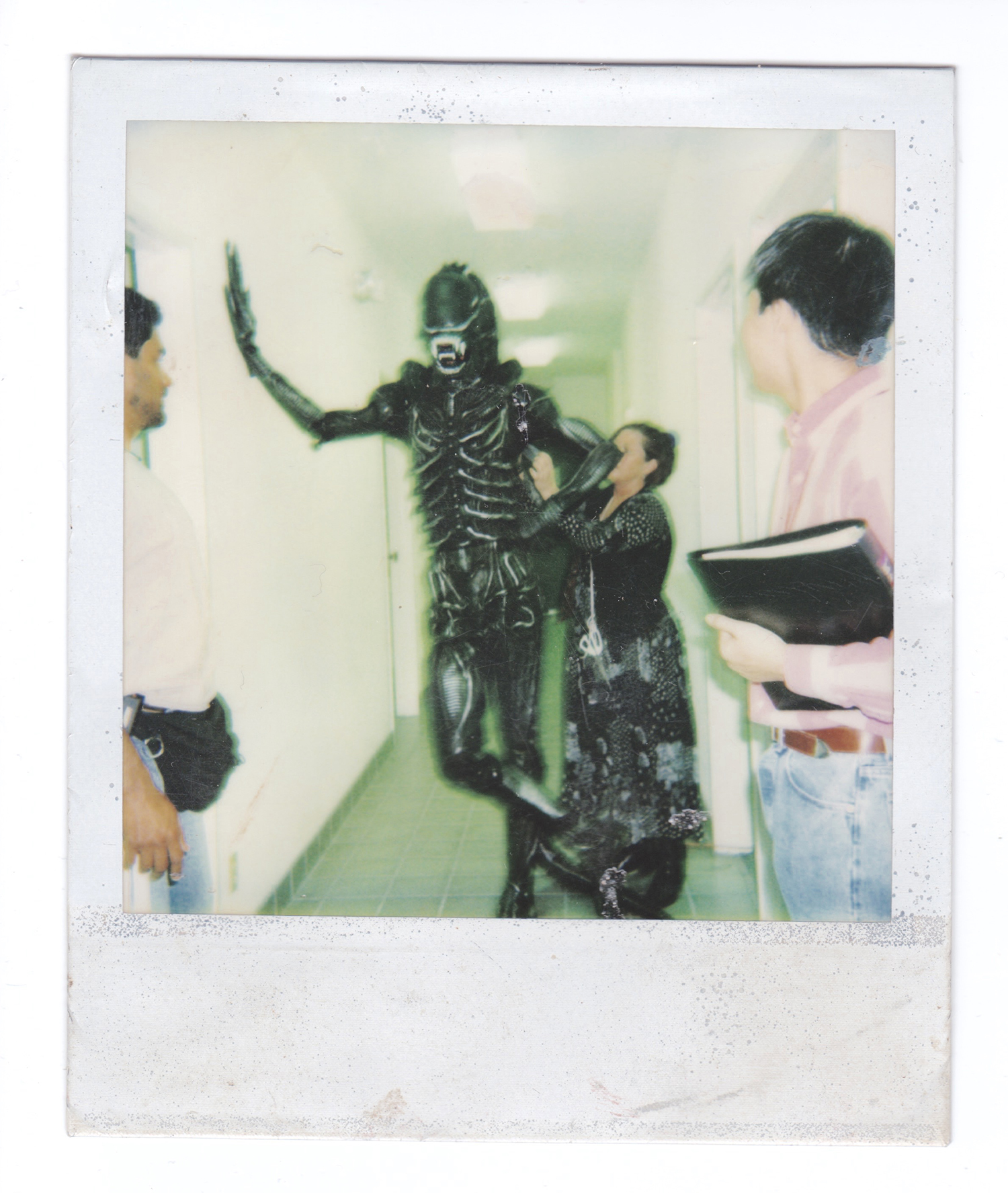 Buy me a drink and I’ll tell you this story. 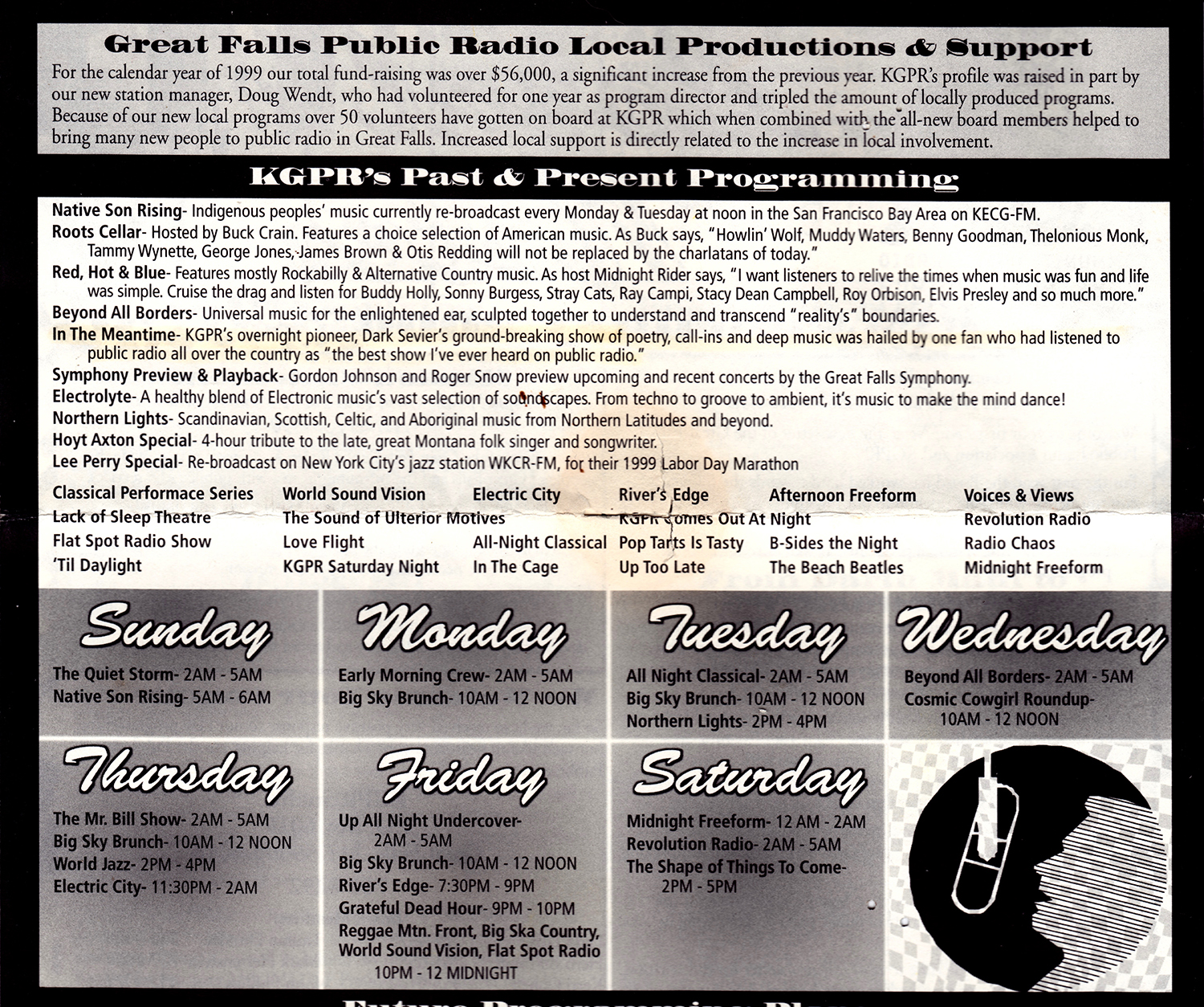 I returned to radio in 1998 at KGPR in Great Falls, Montana. Radio legend Doug Wendt had returned home from San Francisco to take the helm of the automated college radio station and return the studio to the voice of the public. I became the Music Director and was given the charge and liberty to do whatever I wanted, and to “push the envelope.”

I created The Mean Time, a 4-hour late-night wild ride of music, call-ins, special guests, and audio experiments, a favorite show of night store clerks and the local prison population. A restaurant coworker and open mic star, who reverted from the local pre-release back to prison, called in weekly to share poetry from the prisoners, and updates from the prison librarian on the growing threat of the privatization of the nation’s prison system. Other regular guests were a local activist who updated our audience on how to prep for Y2K, and there were regular guests in the studio from the bar and open mic. I pushed the envelope further as my time at the station came to a close. My final contribution to the resurrected station was a segment called “Chemical Confessions” where I encouraged listeners to call in and tell us about their first time having their minds altered, good, bad, ugly and beautiful. For this, I was terminated publicly by the Station Manager to assuage the donor class (though I had already resigned in advance of my pending move to Hawai’i). 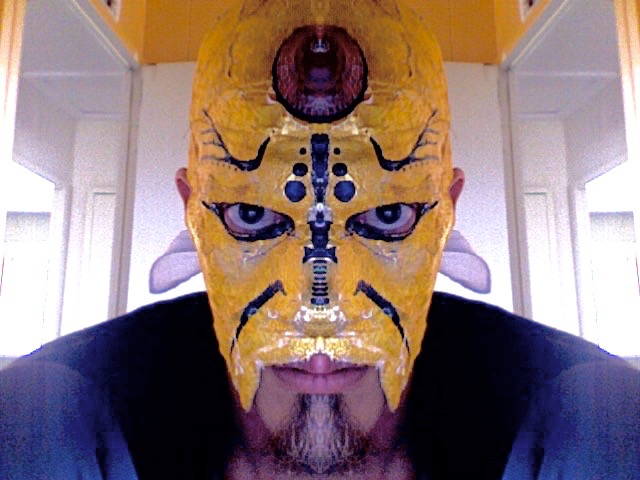 King of the World

The King of the World was an improvisational, one night only, event conceived by playwright and poet See Elauri. The event took place at Studio One in the Chinatown Arts District of Honolulu. Studio One had a large windowed gallery space, a bar, and a cavernous performance space with a stage. During a First Friday Art Walk, a dozen or so knowing participants took on roles and decided on a premise: I was the King of the World, and there was a gathering of my followers, where I would reveal the Meaning of Life.

There were several music and performance poetry acts planned to perform on the stage that night. The Improv performance troupe would serve as door people, hype on the sidewalk to draw people in, and segue acts during band breakdowns and set-ups.

As King of the World I took stage between acts and spoke cryptic prose that my “followers” would all react to as deeply profound statements. The Meaning of Life was dangled out as a carrot on a stick, to be revealed later, maybe after the next band…

The followers painted symbols on their faces, and on the faces of the willing folks that had come in for the show. As the evening progressed the small group of participants, as followers of the King, grew rapidly, and invented hand signals to respond to the declarations of the King and to address each other. After each band, the dance floor instantly flipped to a gathering of those with symbols on their faces pooled tight close to the front of the stage, on their knees, and eager for the King to speak again.

One walk-in took on the role of devil’s advocate, accepting the premise of the performance, but challenging the King’s message, and condemning the followers for being in a cult. Later in the evening, another walk-in joined in with the others on their knees and listened earnestly to the King. After participating in a few of the improvised rituals, this participant suddenly rose in defiance of the King and declared that he was blasphemous, that this entire gathering was evil, and that we would pay dearly for it, then stormed out of the building, not to return.

In between acts, the King sat on a throne in the back of the room accompanied by his Sergeant At Arms, Nitai Bishop. His followers pulled in audience members to come and hear the Meaning of Life from the King, which could only be conveyed one on one. A line formed in front of the throne. Each person would ask the King what the Meaning of Life was, and he would whisper to them that it was solely up to them to determine for themselves. Then he would ask them to act as though he had given them a great revelation as they left, which many did. One woman was highly agitated for the answer when she got to the front of the line. She asked the question, and the King gave her the answer, but she did not accept it, and became angry that he was denying her the Meaning of Life. She started digging in her purse and said that she only had a few dollars on her, but that she had a checkbook and asked how much I wanted. The Sergeant At Arms took control and led her away to explain that this was all an act, but she was convinced that calling it an act was just a ruse to keep her from the truth. It is normal for me to be nervous before taking the stage. This was the first time that I was nervous after leaving it. 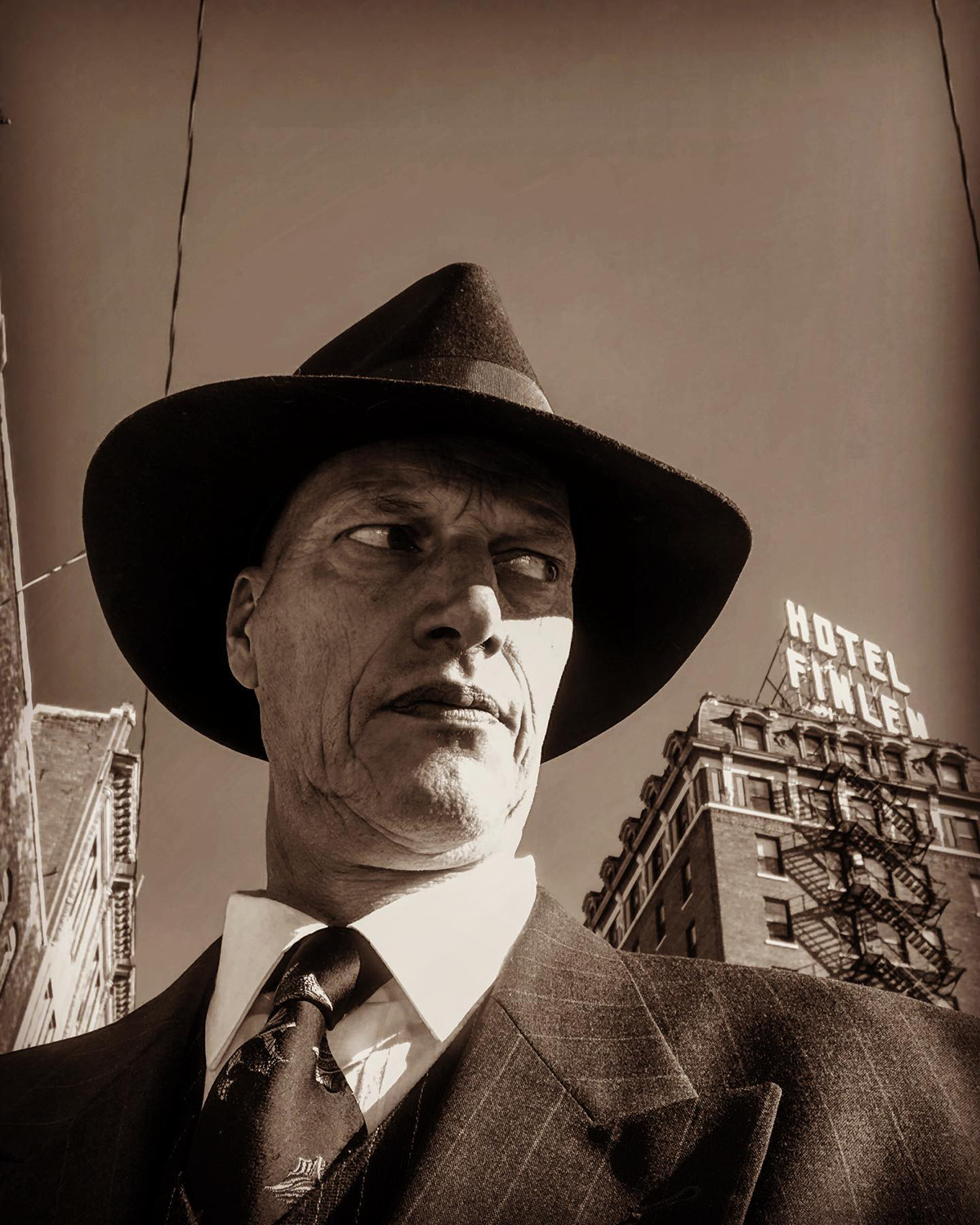 I starred in two short films by Director (Brett Wagner?) , Several films made for the Honolulu 48 hour Film Festival,

I made about 15 music videos for some of my spoken word tracks recorded by the Vapor Puppets, but deleted them all from my Youtube Channel, then deleted the channel as well, after a heated argument with a band member.

I played an Elvis Frankenstein accompanied by go-go dancers, for a White Zombie music video:

I played some kind of rock and roll character for an experimental “choose your own adventure” interactive film project by Panasonic for use at Universal Studios. I starred as a scary gangster fella in Wim Wenders “Two or three things I know about Edward Hopper.”: 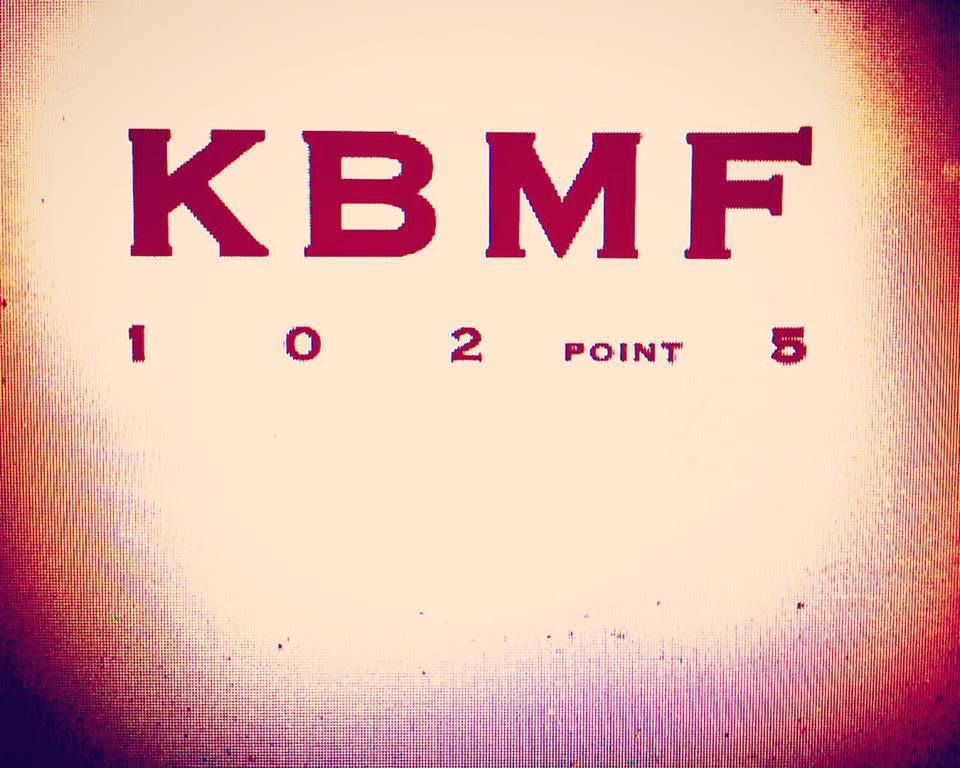 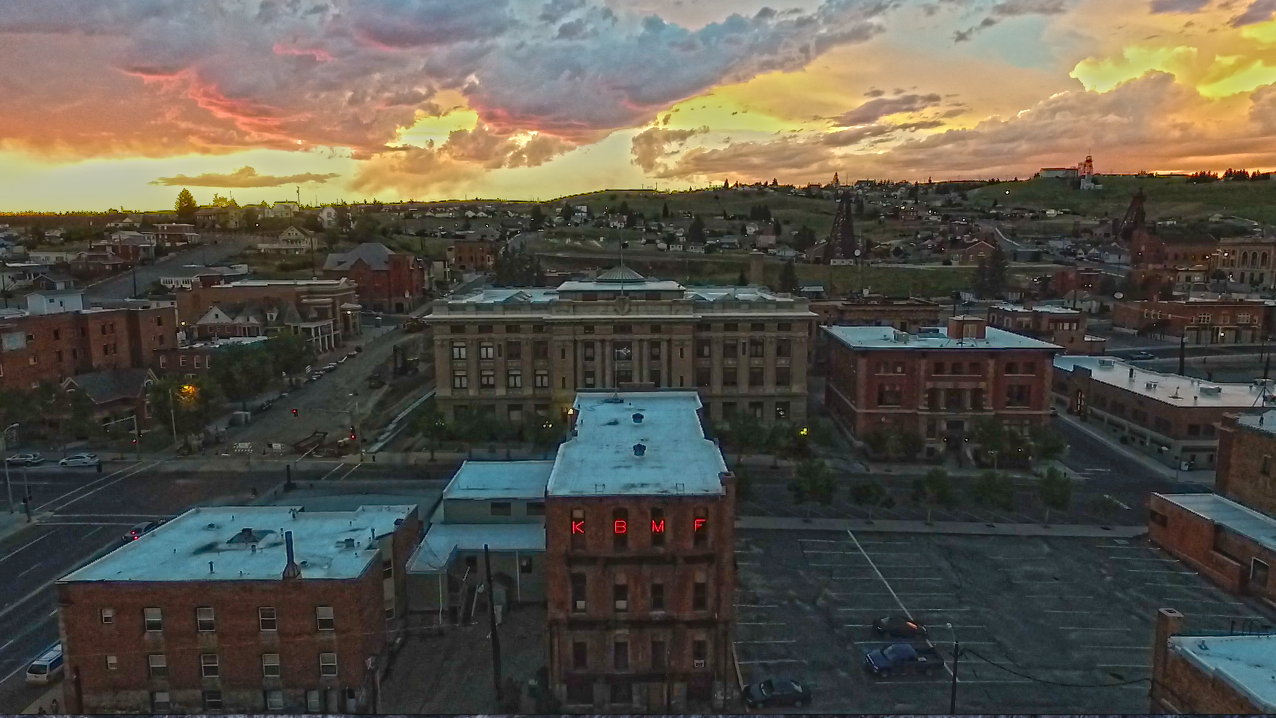 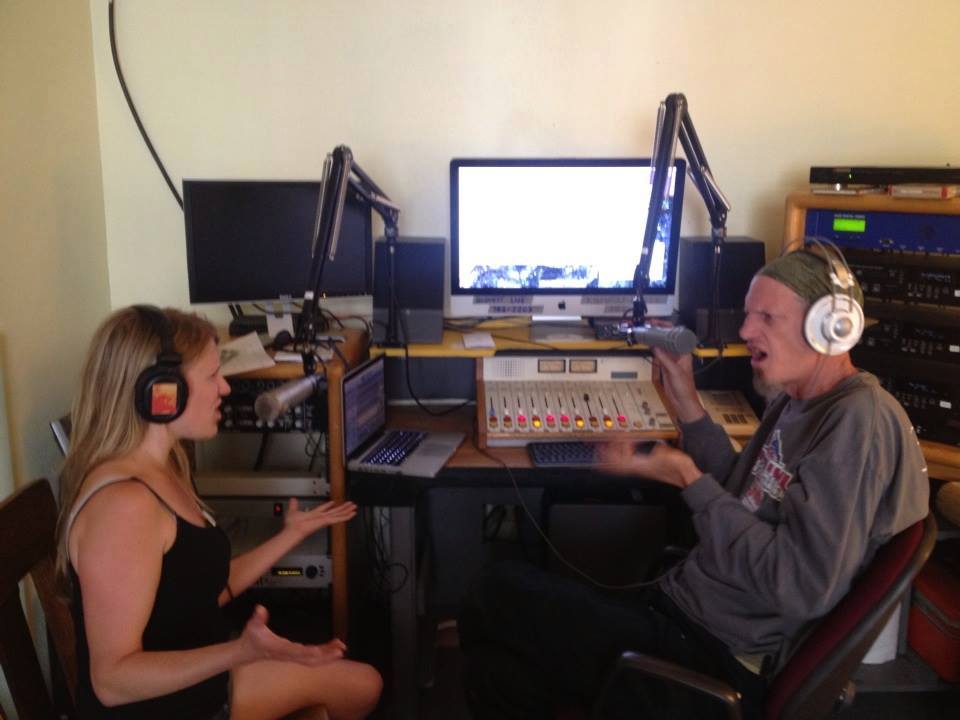 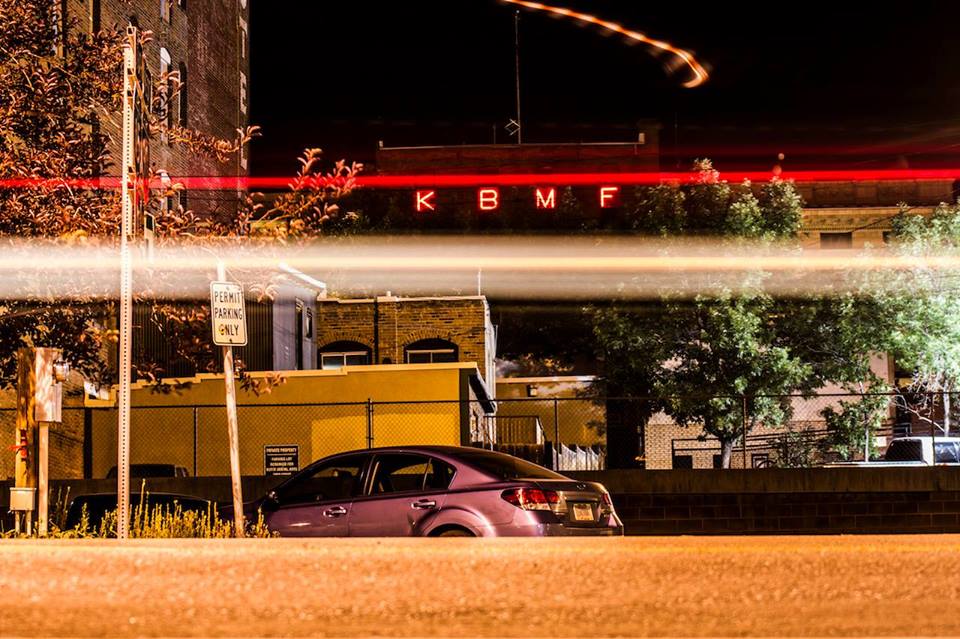 I returned to radio in 2014 as Founding Music Director of KBMF in Butte, Montana. (See KBMF in the Endeavors section for more of that story). 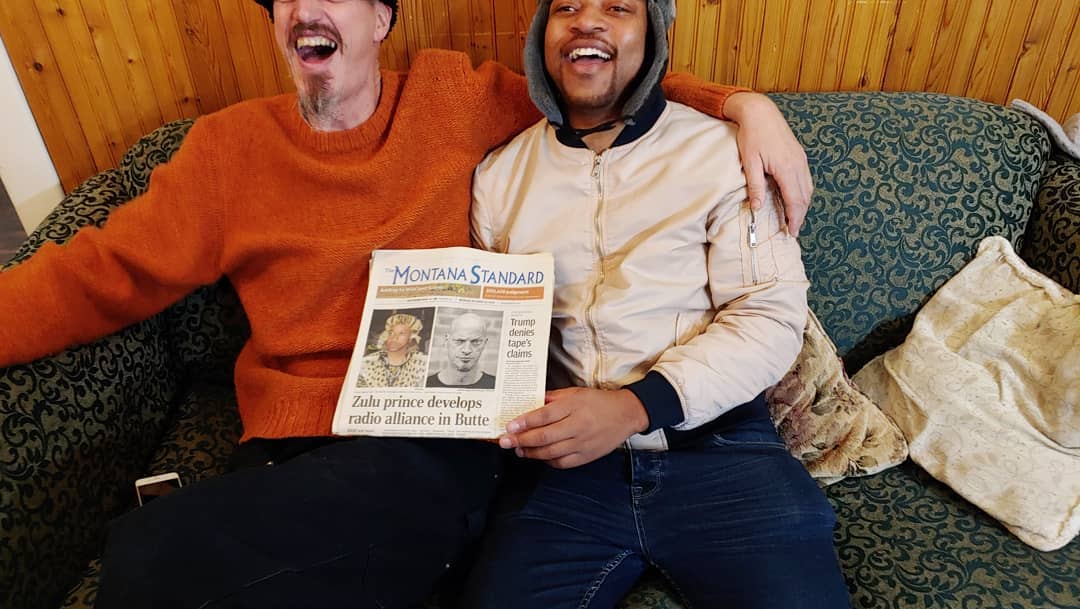 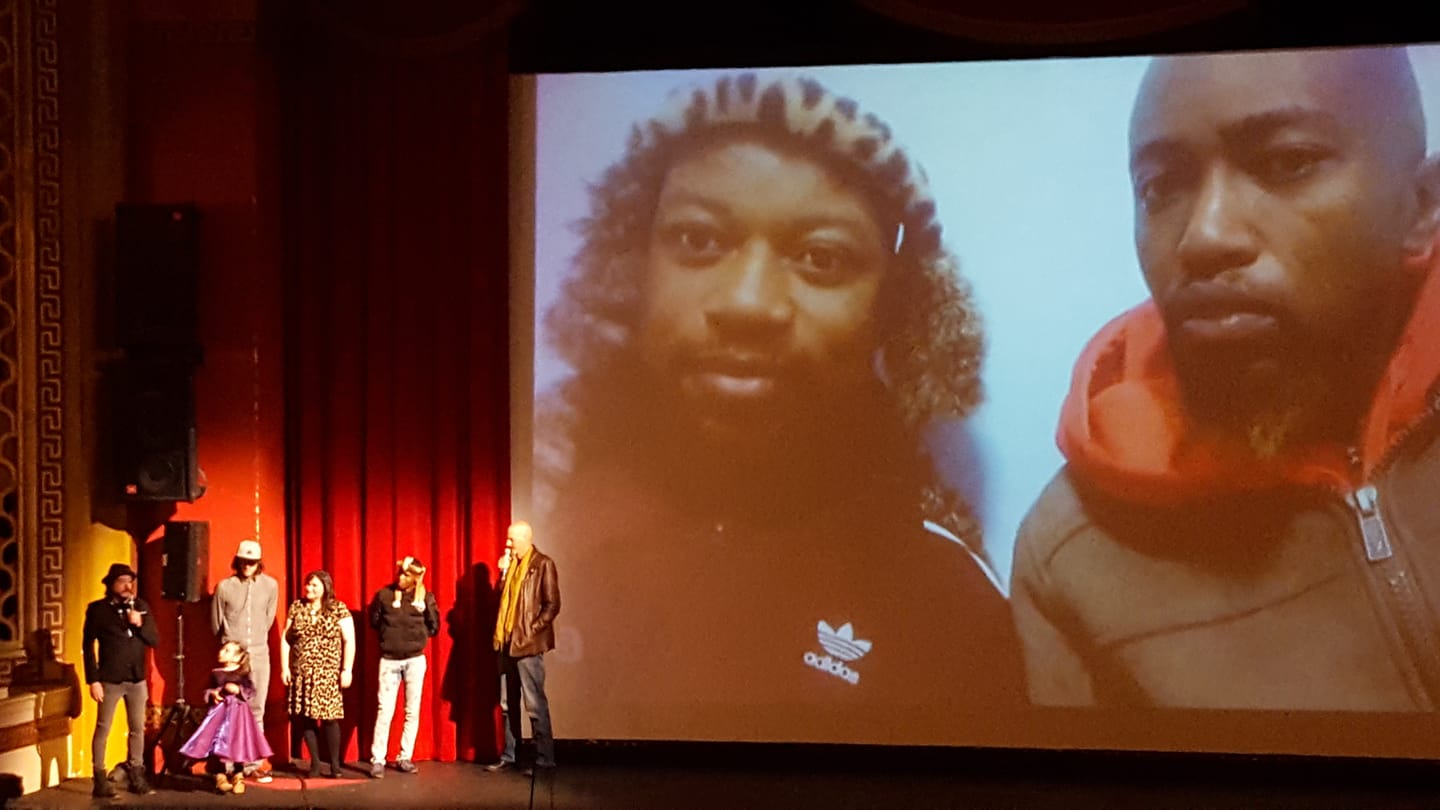 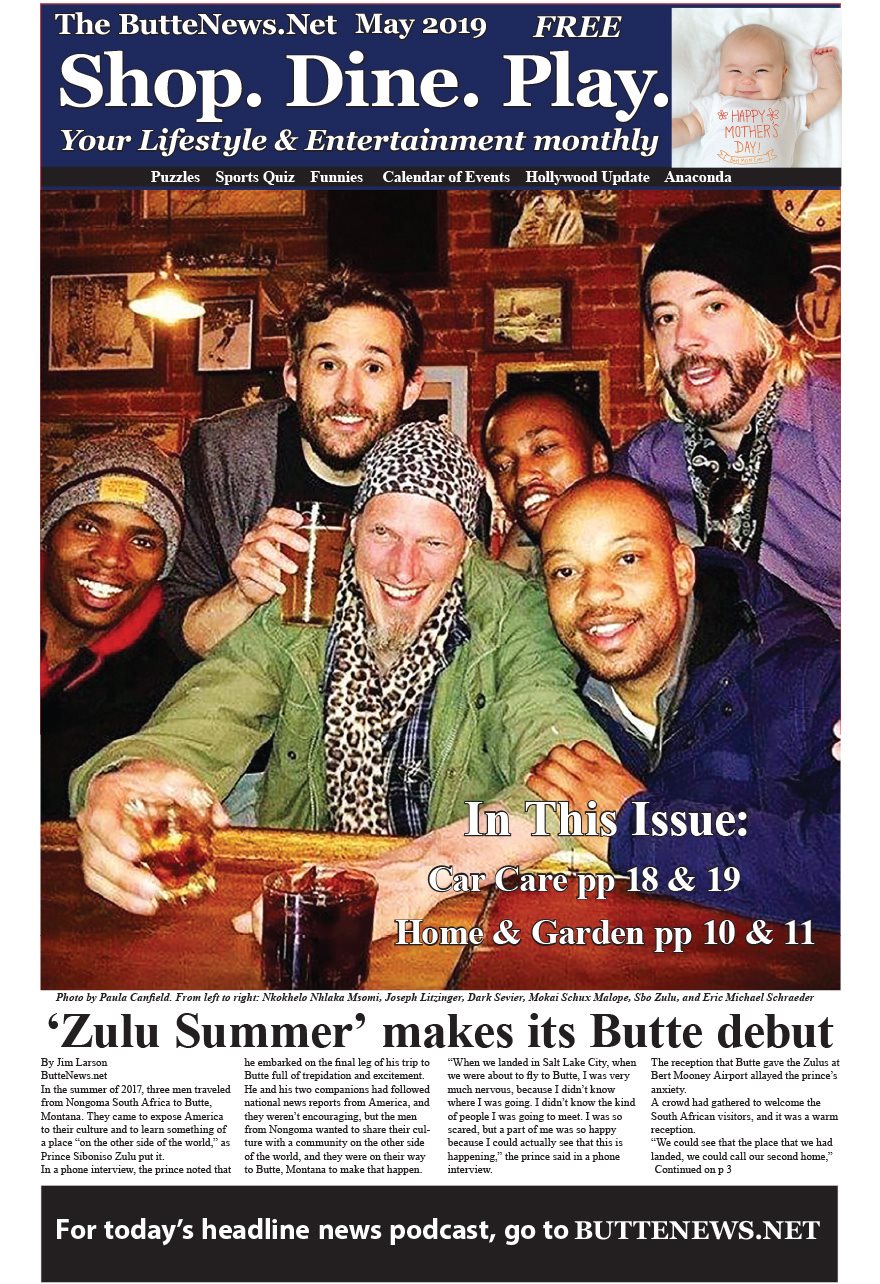 In 2016 I responded to an email from an African Prince. As the music director for KBMF radio, and Mayor of a trans-dimensional portal, I spent a week trolling what I thought was a 419 scammer. It turns out he was the station manager of Nongoma FM radio, and a Prince of the Zulu Nation. (see that exchange here:
https://politicsasunusual.tumblr.com/post/150367743234 )

While trolling the Prince, I invited him to come visit Butte. When I discovered he was real, I, and the KBMF community, honored the invite and played host to three brave South African men in the Summer of 2017.

Zulu Summer is a documentary of the early moments of the ongoing relationshi[p between radio communities from opposite sides of the world. Now available on Amazon Prime and etc. 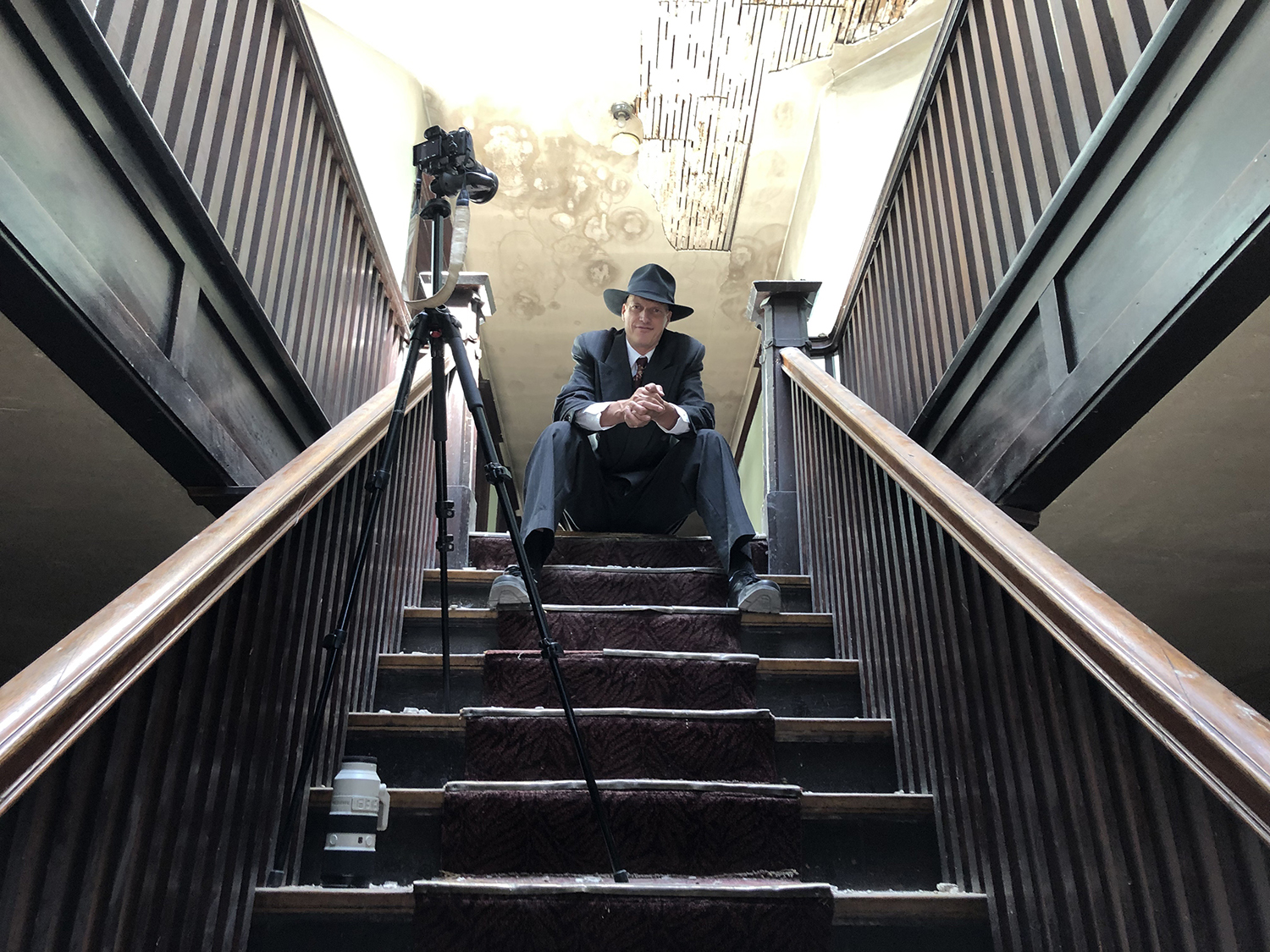 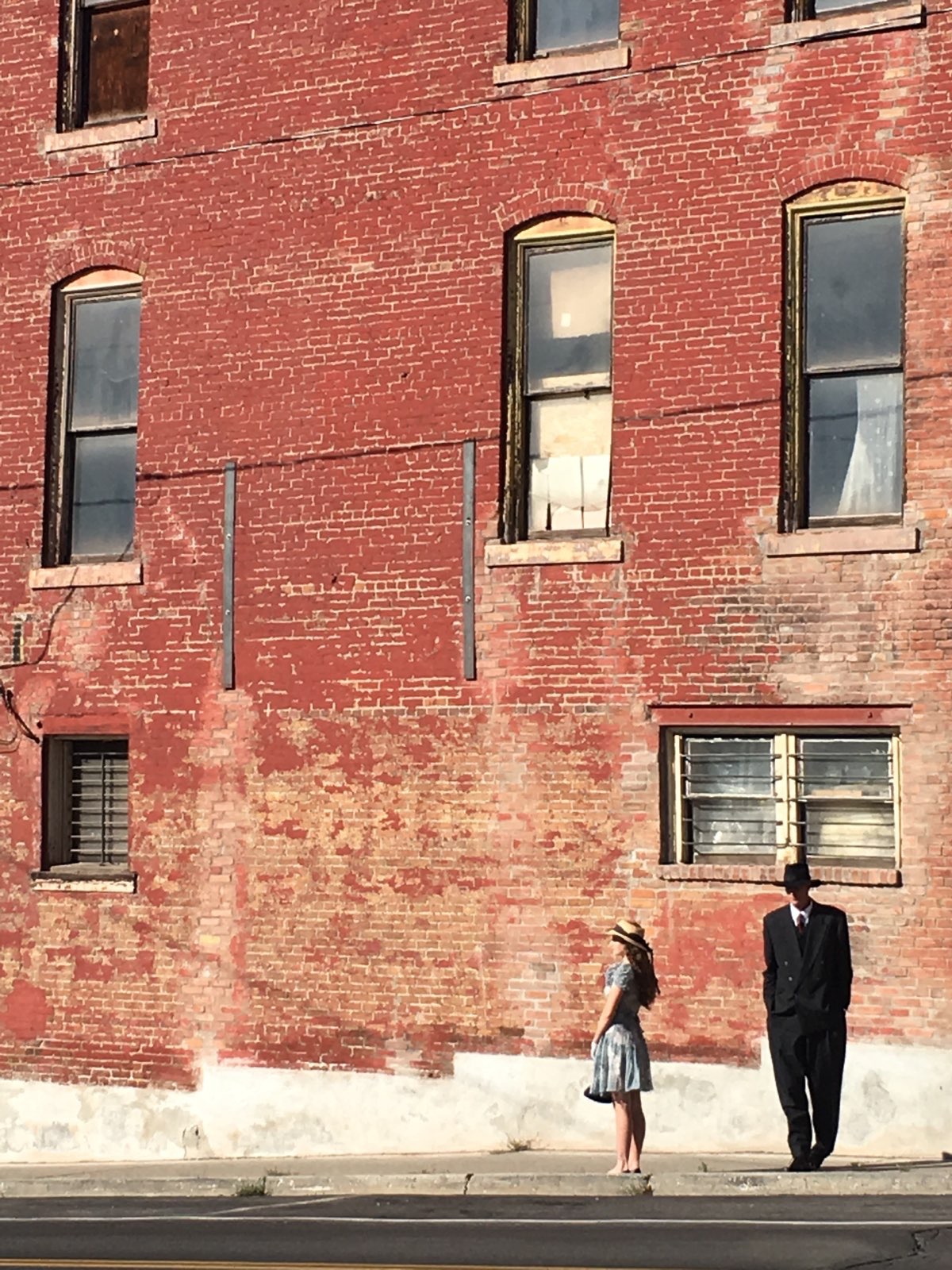 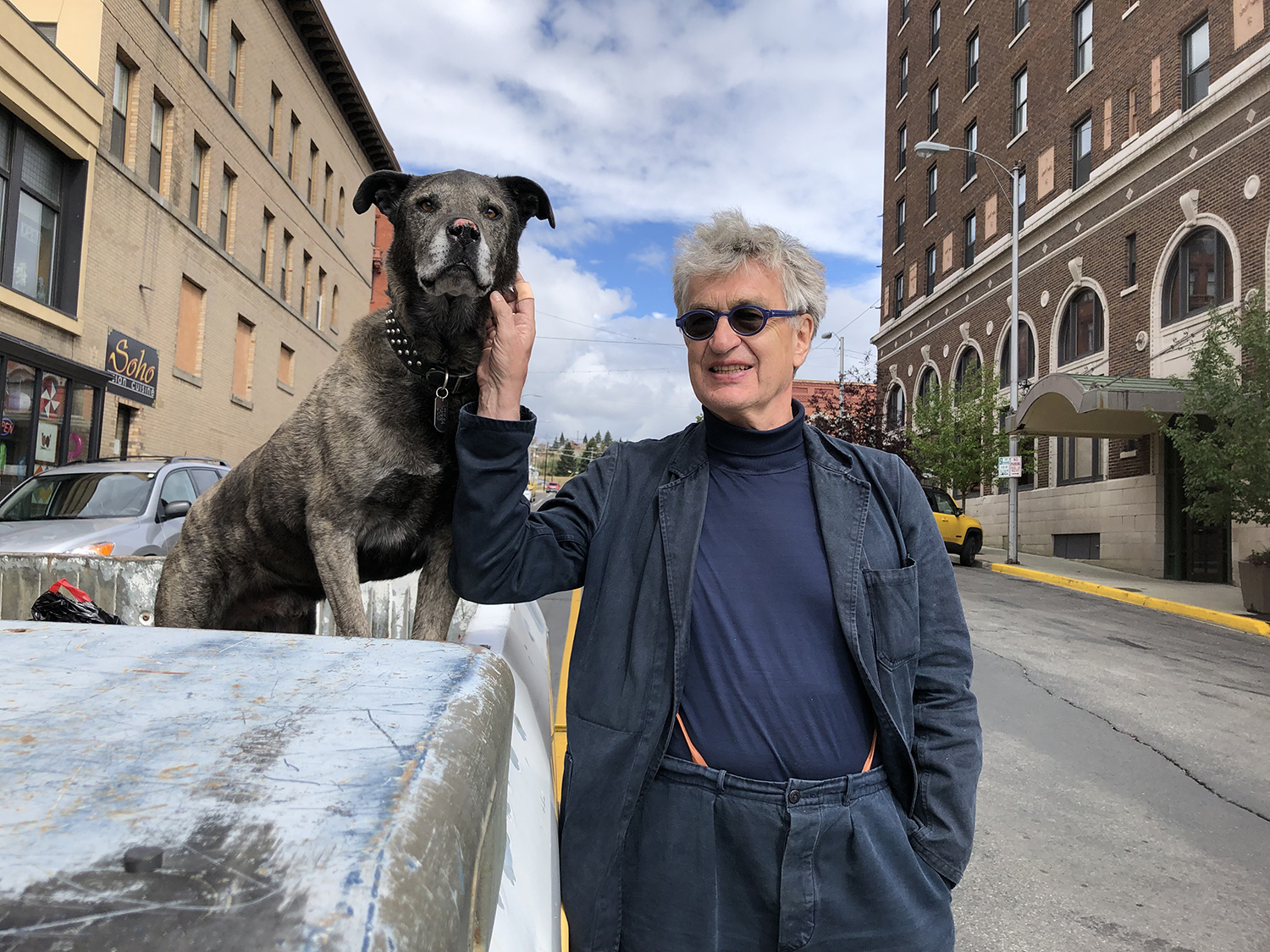 In September 2019, my wife and I starred in Wim Wenders’ homage to Edward Hopper, Two or Three Things I Learned About Edward Hopper. The short film was commissioned by the Fondation Beyeler in Basel, Switzerland, and filmed in 3-D, to be viewed along with the touring exhibition of Edward Hopper’s works. 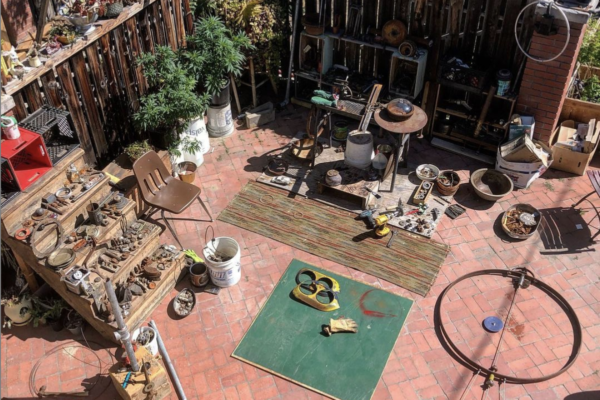 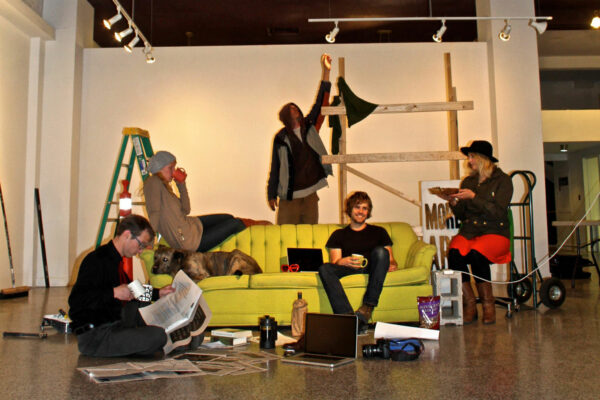 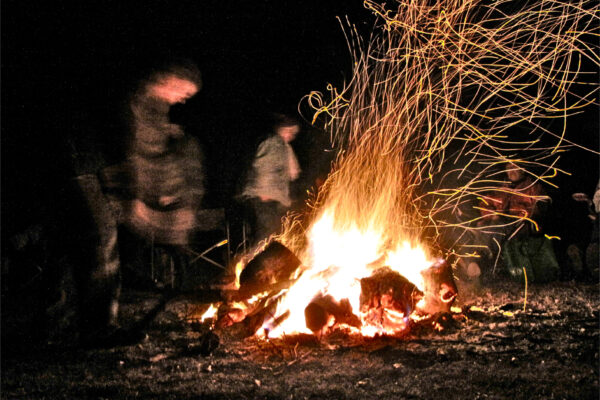